My guest today is Gianni Gaeta. Gianni Gaeta is the founder and leader of the LIFE Church Austria movement with his wife Angela. Gianni's passion is to encourage people to dream big and to think of the seemingly impossible, and then to take steps to implement this, whether in church planting nationally and internationally or in the field of business, education and politics.

Chris Bright 0:06
Welcome to the thinking church podcast with me, Chris bright. Every week, I'll be speaking with a church leader about ministry strategy, and getting to grips with not just what they do, but the thinking behind why they do it. So without further ado, let's get on with the show. Well, my guest today is Johnny gaita. Johnny is the founder and leader of the Life Church, Austria movement with his wife, Angela, Johnny's passion is to encourage people to dream big and to think of the seemingly impossible, then to take steps towards implementing it, whether that's church planting nationally or internationally, or in the field of business, education, and politics. Johnny, it's so great to have you on the podcast today. Thanks for joining me,

Gianni Gaeta 0:52
this is my pleasure to be with you and to spend some time with you talking about this very important stuff that is very strong in my heart. Anyhow, so thank you.

Chris Bright 1:03
Amazing, amazing. Well, I'd love to get started. I'd love to hear about your story. So how, how you started Life Church? Yeah, tell me that story to kind of run me through from from start to date, and, you know, maybe a short potted history. How did you start Life Church?

Chris Bright 9:17
It's amazing when you know, you think you go to someone with one idea. And then God's obviously got a completely different idea of what your job is to do. And even the thought of just you know, going and starting work in a different culture. How long did it take you to adjust and adapt to that culture? Obviously, you weren't you didn't speak any German as you said and Angela's English didn't speak much German. How was that was that was our culture shock. What was that like?

Gianni Gaeta 9:44
Well, the first culture shock I got when I came to England as a southern Italian, I must say, I was I was already in training in in, in being in different cultures that married somebody who was not him from the same culture as where I came from. Although it's all Europe, but it's amazing how many differences there are. So going to Austria for me was, the language was a big thing. Because for both of us, Angela and myself, I grew up with French and Italian. I learned English, but still German was a whole different ballgame for me. And for Angela also. So it was a, it was the language was very challenging at the beginning. You know, when even when I started preaching, I did it with the translation I preached in English and somebody translated me. But we spent a lot of time learning the language because we did not, we did not see ourselves as missionaries. One day we go back home, for us, Australia was home. And you know, we really wanted to invest in Australians. And we wanted to become as much Austrians as possible. And, and so we really, we really took a dive into everything I remember, we used to compare things between with Australian, Australian Italy and stuff in one day, we felt really God said to stop comparing, just get on with the job. And that's what we did we really took a dive into the Austrian culture, but it's something that you really have to persistently, you know, go after.

Chris Bright 11:32
Yeah, that's right. What are the differences between what, between maybe the Italian culture and the Austrian coach? I know, you know, you border each other, but I'm guessing there's a difference in culture? What what are those? What you know, how the Austrians do things differently from Italians? Yeah,

Gianni Gaeta 11:48
for example, an Italian would start something just do it. And Austrian would think how to do it is well organised? Do we have everything he takes? May there be any problem doing it? All of that comes first year? And while Italian would say no, no, we start and then we find out what we need we we make our mistakes doesn't matter. We will deal with the stuff as we go. And example. You know, maybe Italians will be people who tell you what they think much quicker than an Austrian who keep it to himself or to herself. You discover in the time what what happened or the what, you know what people thought and stuff, you really need to work very hard to find out what is in people, Italian seem to be more explosive, you know, you might have an argument very quickly next day is forgotten as if nothing happened. You know, like, it's a bit like the weather in Italy, you know, we have also found the storms, but they last about half an hour to the sunshine. And, and it's so for example, one of the things it's is this and I guess temperament also, but maybe I can add something to this. As I was thinking about it a few years ago I was I was praying and talking to God and I was saying Lord, why did you get an Italian when you get an English a young lady from Cornwall, you know, she was from a farming context she never left really. She didn't have a passport, my wife when when when she went to Bible school and went to Australia to get apart. So she we were both from very unlikely people to be here. And then I remember what how God said to me, Johnny, I needed one who is an Italian I need that one. Like somebody like like Angela, I needed you is not just the job that is important, but also you doing the job, because the whole package is not going church plant in Austria, but I want it to be done in a way that reflects also partially your culture for example, food and eating together and being together for an Italian is very important. Now in Austria, that's not that's not so important. That's let's get to the point. Let's do the meeting. Let's do that and let's work hard and which is also very, very, very good. But that is not that kind of a let's do life together invite you to my house and stuff you know and so, Life Church as it is now is very, very influenced by the way I am as a person, very relational because I am a relational person Italians are relational you know, it like in general and and so that's what you know, eating together, spending time together. You know, when I have leaders In my home, we eat there is food there is no we sit on the table with our laptop and we work that is that also. But we are more relational. And this comes out of who I am. And I believe that in really we are part of what we do is who we are. And so I am a musician and the Life Church Movement is very musical, we produce a lot of music, we produce, we wrote a lot of worship songs for the German speaking world, and we attract this kind of people and but it comes many things come out of who I am, and who we are as a couple.

Chris Bright 15:39
I think that's really fascinating, because I think that's right, that, you know, the senior leader is so important in terms of replicating the culture of a church, and it's got to be something that is if you know, if you can't live it out, then you can never expect anyone else to, to live it out. And so I think that you're right it like God telling you to kind of create a, you know, to do things and bring yourself to it. And I think that's really interesting as well, when you think about target market, I was talking to you just before we we clicked record, that I'm doing some work with target market things. And, you know, we're trying to reach a group of people essentially, and you can extrapolate that, you know, we've got that in there, in your context, where it's in Italian going to Austria, but you could have it in a town, you know, where your culture, you've grown up with maybe your call to a different culture within your own town. And you've got to understand that culture, which I think you've spent a lot of time you know, trying to understand it, but there's also part of it, where who you are, is going to be bring things because not every culture has got everything, you know, it's not a perfect culture, there's no such thing as a perfect culture. And that's what you bring to it will bring something new, maybe something of the kingdom something, you know, there's something of of that, that you'll bring like, like your, your Italian nurse brought, it's brought something to Austria. And it's actually enriched it and it's actually shaped how you are as a church. Yes. How did that's a good question to think about it is? How did Austrians take to that, you know, you got, you know, then maybe they used to kind of like lace a planning and you're a bit more spontaneous. How did they take to that did that take a while for that to kind of feel normal?

Chris Bright 24:20
Well, thank you so much for listening to this week's podcast. This is only halfway through the podcast, and you can listen to the conversation by joining our members podcast, just go to our website, www dot thinking dot church and you can sign up to our members podcast that it only costs the price of one coffee per month, so it's well worth doing. So why not get a coffee, listen to the podcast and learn something new. We'll see you again for this podcast next week. So bye for now. 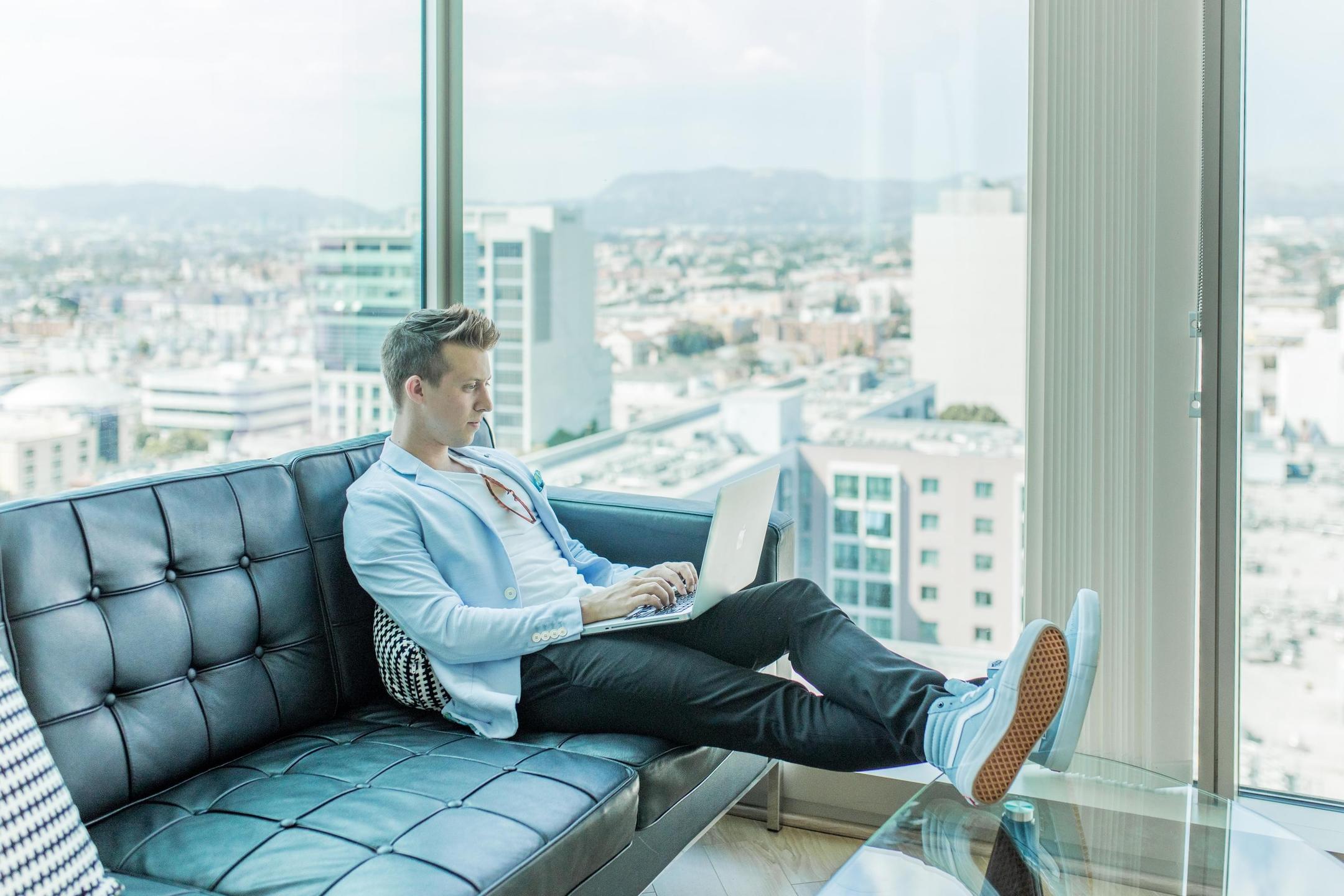 Get our monthly newsletter with help for churches. 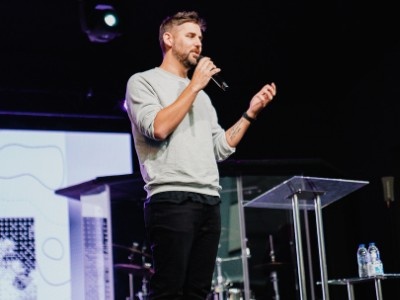 Get our planner to get your teaching series more effective.